Thyristor generators are designed for supplying power to induction furnaces and heaters. The input voltage of the generator is supplied from the matching transformer which is also the isolation transformer. Parallel resonance system is the generator loading which consists of inductor inductance and the capacity of the capacitors banks. 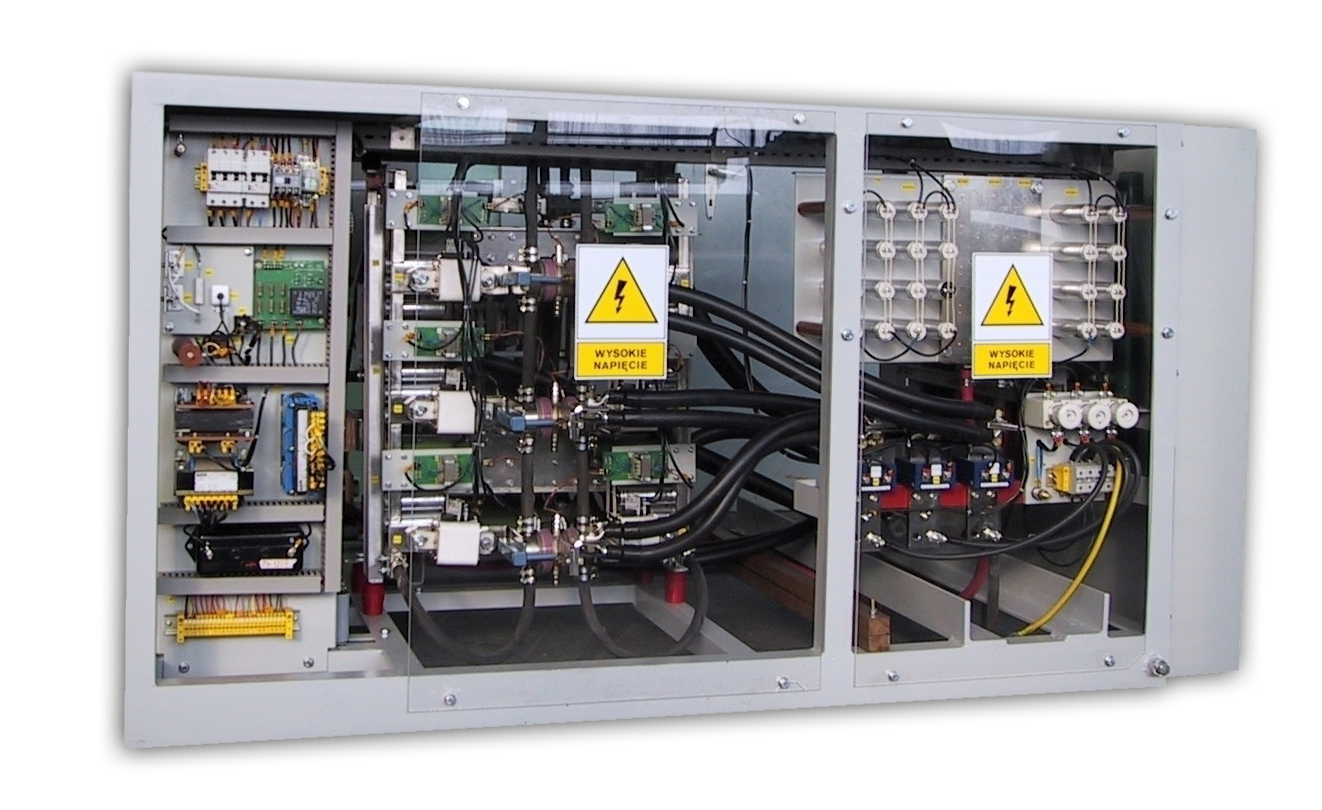 The principle of operation

Phase-controlled 6 or 12-pulse thyristor rectifier is the input system of the generator which converts the power received from the alternating current network into controlled direct current power. 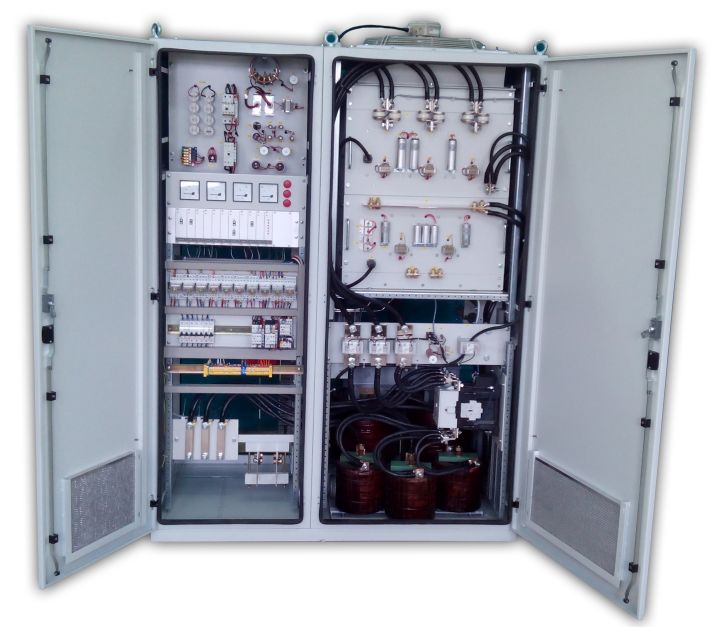 The range of voltages and generator power is selected according to individual Customer’s requirements.

We offer consulting service regarding the optimal selection of the generators.